While the first team already started their 2018 season on Saturday, the U-23 team are currently doing a training camp in Miyazaki Prefecture. The following players, along with 11 academy players including Hinata Kida and Toichi Suzuki, are participating in it according to Maido! Cerezo:

Looking at the photos posted on the website, U-23 captain Masataka Nishimoto and newly-joined striker Mizuki Ando are staying in Osaka to train with other first team players.

The U-23 team have played two training matches so far. Although the result of the first training match against Osaka Toin High School isn’t clear, the team won the second match against JFL side Verspah Oita on Saturday by the score of 3-2. Their lineups are as below.

We can find nothing more about their training camp, but to Chaowat fans in Thailand, he’s seemingly doing well with his teammates. I put one of the photos posted on Maido! Cerezo below. You can find more from here. Cerezo Osaka U-23 open the season with the game against Blaublitz Akita on March 10 and that may become an opportunity for him to make his debut in Japan. 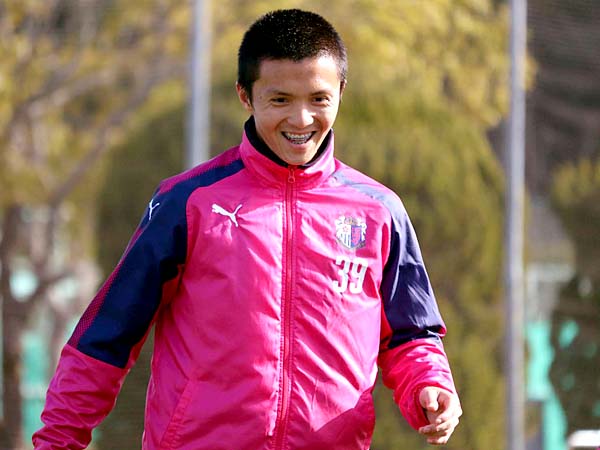